McGehee ☆ Chang, Landgraf, Feiler > Resources > Government > Social Justice Lawsuits in the 21st Century
Government
In this day and age, social justice in different forms is on the frontline in the United States in a number of different ways. This includes different types of social justice lawsuits filed in courts across the United States. Understanding the essentials and mechanics of social justice lawsuits coupled with the impact this type of litigation can and does have on society is crucial to better appreciate movement and change associated with potentially transformative issues.

From a technical standpoint, social justice lawsuits are defined as litigation arising from a philosophical and political theory that asserts there are dimensions associated with justice more broadly that transcends existing civil or criminal law. This type of litigation is also said to take on issues that tend to transcend or take on existing, more traditional societal, legal, or moral frameworks. Social justice lawsuits tend to focus on relationships between societal or community groups. The broader focus is beyond seeking justice for a particular individual.

“Hottest” Social Issues Leading to Litigation and Other Action

Coming to a better understanding of the goals, objectives, and merits of social justice lawsuits is achieved by considering nine categories in which this type of activity is most noticeable at this juncture in time. Yeshiva University of New York has explored social justice activity during the past couple of years, including activity in the courts as well as community and societal action more generally: 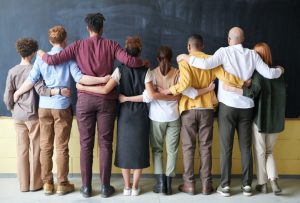 This certainly is a fluid list that is subject to change, alterations that truly can occur on a proverbial dime. What are “hot” underpinning issues in social justice lawsuits at one slice in time may be outpaced by another matter of societal impact with the passing of very little time.

A prime example of historical social justice lawsuits can be found during the Civil Rights Movement during the 1950s, 1960s, and 1970s. A prime example is the case of Brown v. Board of Education, litigation which specifically challenged the doctrine of separate but equal in Topeka, Kansas public schools but when ultimately resolved in the US Supreme Court had broad and lasting implications across the nation, throughout society at large.

The prosecution of former Minneapolis police officer Derek Chauvin, convicted in the death of George Floyd, appears to be precisely this type of criminal case. What now legally can be classified as the murder of George Floyd has not only spawned intense societal response on the community level but has also resulted in the movement of legislation on the national, state, and local level. As happens when new legislation is enacted, including on issues involving social justice like criminal justice or police reform, lawsuits will follow in the wake. Oftentimes these lawsuits result in significant societal change in the process of affirming laws and ordinances that arise as the result of particular criminal prosecutions.

How Social Justice Lawsuits can be Transformative

In summary, social justice lawsuits have a true ability to be transformative. The impact this type of litigation had on the Civil Rights Movement already has been noted.

More recently in the United States, social justice lawsuits have also been integral in advancing the rights of members of the LGBTQ+ community. From same-sex marriage to protecting the employment-related rights of transgender individuals, lawsuits have been at the heart of advancements.

With the focus on the criminal justice system today, including racial disparity within that system, social justice lawsuits are expected to become more commonplace. As noted previously, social justice litigation is likely to arise from criminal prosecutions.

The judicial system has long been a part of the process of making societal change. This role of courts in the United States is expected to continue apace into the 21st century.