Cerebral Palsy – Everything You Need to Know

Cerebral palsy is a neurological disorder that stems from a brain injury, which can occur before or during birth. Research shows there are an estimated 800,000 people in America who are living with this condition. It impacts a person’s physical movement, muscle control, and posture. Signals from the brain to the body are essentially lost. However, the severity of the symptoms can differ from one person to the next. Even as an adult, a person with severe cerebral palsy may need assistance with everyday tasks. A specialized wheelchair or walker helps with mobility, thus allowing them to become a bit more independent.

Doctors can’t predict whether a child will develop cerebral palsy. Nevertheless, babies born after difficult labor after more prone to the disorder. They may fail to get enough oxygen to the brain. Premature births also increase the likelihood of cerebral palsy. If the mother has a fever or infection while pregnant, the child is at an even greater risk of suffering from cerebral palsy. Inflammation-causing proteins could enter the unborn baby’s bloodstream. 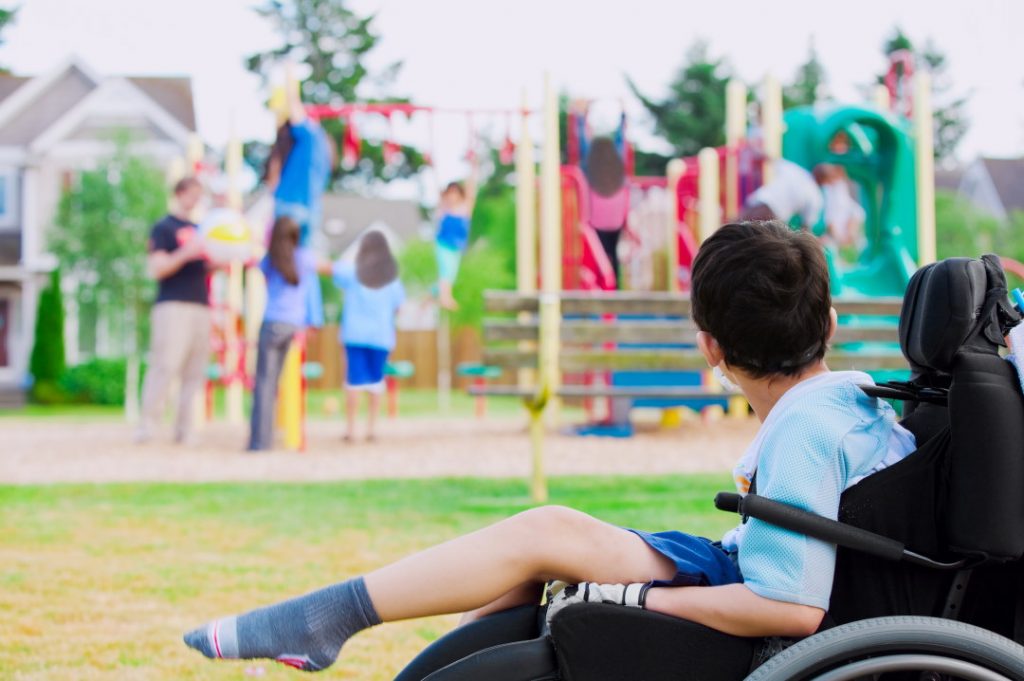 There are quite a few signs and symptoms that may indicate cerebral palsy. Parents should pay close attention to the child’s movements. Oftentimes, babies who have cerebral palsy have trouble holding up their own head. Delayed development is yet another big sign. After reaching six months of age, they may still be unable to roll over and sit up without help. Poor muscle tone is extremely common among babies with cerebral palsy. When picking up the child, their arms and legs may feel floppy.

As the toddler ages, the signs will become even more evident. There’s a good chance they’ll have trouble talking. Cerebral palsy often hinders a child’s ability to control the muscles around their mouth and tongue.

How Does Cerebral Palsy Effect People?

According to experts, roughly one out of every three people who’ve been diagnosed with cerebral palsy will be unable to walk. Meanwhile, others will experience limited mobility.

Many cerebral palsy sufferers have trouble communicating. At times, their speech may not be clear. About 25 percent of these individuals cannot talk at all.

Pain is among the biggest issues that stem from cerebral palsy. Because the person may not have much control over their body movements, other physical problems can arise. Just a few of the potential ailments include partial hip dislocation, scoliosis, and extreme muscle tension. The good news is that the pain can be relieved through medication and physical therapy.

Some people will struggle to try to eat and drink on their own. Cerebral palsy impacts a person’s fine motor skills, which makes it difficult to pick up food and use utensils. Simply chewing proves to be a challenge for some individuals. Children who lack the ability to eat will ultimately need to be fed through a feeding tube.

It’s not uncommon for a person diagnosed with cerebral palsy to endure learning difficulties. Half of the people who have this disorder will have some form of intellectual disability.

Cerebral palsy puts teenagers and adults at great risk of experiencing depression. This is especially true for people who are not receiving proper care.

Although cerebral palsy impacts millions of people around the world, there are still plenty of misconceptions about the condition. For starters, not everyone who has cerebral palsy suffers from an intellectual disability. In fact, some people living with this ailment have above-average intelligence. This is why it’s important to not make any unfair assumptions before actually interacting with the person.

While a good percentage of people diagnosed with cerebral palsy may need assistance, this isn’t the case for everyone. Others are able to enjoy normal, productive lives. They can drive, attend college, run businesses, and start families. Many of these people refuse to use their disorder as an excuse to give up.

While there isn’t a way to completely prevent cerebral palsy, there are some recommended precautions to take. Pregnant mothers who are anticipating a premature birth are often prescribed magnesium sulfate. This gives the baby’s brain an extra measure of protection. If the baby does suffer a brain injury due to a lack of oxygen, doctors will apply a special cooling system to reduce the seriousness of the damage.

After a child reaches a certain age, they may be prescribed medications to help manage symptoms. Massages and physical therapy can also help provide temporary pain relief. Among the newest treatments for cerebral palsy is Botox. Although Botox is popular among celebrities who desire a more youthful appearance, this treatment also helps alleviate muscle stiffness.

Counseling may be needed for people who are dealing with behavioral and emotional issues. Meanwhile, speech therapy will aid a person’s communication skills.

Although cerebral palsy is a life-long disorder, there are ways to improve a person’s condition. With the proper treatment, many people are able to gradually become more independent. Researchers are steadily working on finding a cure.