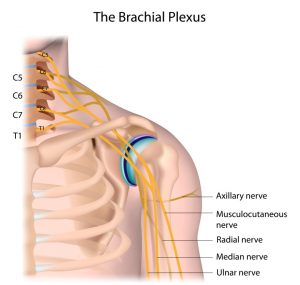 Each and every year, tens of thousands of babies born in the United States experience some form of injury during the birth process. Fortunately, in some cases, the injuries sustained during childbirth prove to be more minor. In those instances, a baby will recover from an injury sustained during the birth process. Sadly, in any given year there are babies who experience serious injuries during the delivery process. These include what are known as brachial plexus birth injuries.

As is discussed in a moment, a brachial plexus birth injury can have serious consequences. It can result in what is known as brachial plexus palsy or Erb’s palsy, depending on where and how an infant is impacted by this type of childbirth injury.

What is the Brachial Plexus?

In order to understand the consequences of Erb’s palsy or brachial palsy birth injuries, a person needs to have an elementary understanding of a part of the body known as the brachial plexus. The brachial plexus is medically classified as a network of nerves that function to send signals from a person’s spinal cord to the shoulder, arm, and hand. When an injury to the brachial plexus occurs, communication between the brain, through the spinal cord, to the shoulders, arms, and hands can result in functional dysfunction. In some instances, this is classified as Erb’s palsy or a brachial palsy birth injury.

Consequences and Symptoms of Erb’s Palsy

A baby that suffers brachial palsy or Ern’s palsy as a result of a birth injury is faced with significant medical consequences. Technically speaking, Erb’s palsy is the paralysis of a baby’s arm or arms that is caused by injury to the brachial plexus as discussed a moment ago.

Erb’s palsy usually results from a birth injury arising from a doctor pulling too forcefully on a baby’s head to extract the child from the birth canal and causing a severing of the nerves in the C5 and C6 section of the spinal cord. The severing of the nerves can result in paralysis that might resolve itself on its own over a period of time. However, more often than not, rehabilitative therapy may be necessary. If that is not an option, surgery may be required in order to restore at least some functionality to the impacted arm.

There are situations in which a baby who suffers a brachial plexus injury at birth does not experience a restoration of full use of the affected arm. In other cases, a person might only experience partial use of the arm throughout that individual’s lifetime. 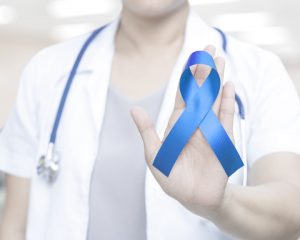 The stark reality is that in many cases of a brachial plexus injury that occurs to an infant during childbirth, the attending doctor has made an error during the delivery. We’ve already discussed situations in which a doctor pulls far too forcefully on a baby’s head during the delivery process, resulting in a brachial plexus injury and the possible development of Erb’s palsy.

In addition, in many situations in which the baby experiences a brachial plexus injury during childbirth, the doctor fails to take appropriately prompt action to address a situation in which the baby is in a dangerous position in the birth canal. There are strategies that can be employed that lessen the risk of injuries like those to the brachial plexus if a doctor quickly responds to an imminent problem developing during the delivery process.